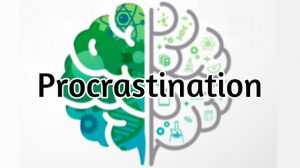 There are lot’s of different reasons for procrastinating. One common reason we all know is lack of motivation. I walked into a clients home this Saturday & the place had laundry strewn all over the place. There were piles everywhere. The client worked in the clothing industry, so he had to keep up with the latest styles. This meant lots of clothes. This also meant clothes all over the floors, on chairs, everywhere but hung up in the closets or put away in drawers. When I asked my client why he hates doing his laundry, he says its boring, it’s an unpleasant task. He hates having to wait till he has to take it from the washer, fold it & put it away. There’s no motivation to doing it, except he can’t go naked into the world. My suggestion was that he take his clothes to a wash & fold so he wouldn’t have to do a thing he hates & his clothes wouldn’t get ruined laying all over the place. He loved this idea. Now he can’t procrastinate & has to be sure to take his clothes to the place & not procrastinate. I asked that he be accountable to me & text me each time he’s taken his clothes & picked them up. That way he’s motivated to take action, feel better about himself & lessen his procrastination.

From a Psychology Today article by Pamela Wiegartz, Ph.D., she says “Many of my clients have been told, or have told themselves that they procrastinate because they are disorganized, lazy, or worse because they just don’t care enough. Most of the time nothing could be further from the truth. Procrastinators are often smart, capable, hardworking people, they just can’t get things done on time and can’t seem to figure out why.

If you are wondering about the reasons behind your procrastination, take a look at the quiz below and see if anything sounds familiar.
Ask yourself:
1. When faced with a task, do you think of all the ways it could go wrong?
2. Do you picture how important people in your life might react if you failed?
3. Do you believe it’s better to not try at all than to try your best and fail?
4. Are you overwhelmed by the possibility of new responsibilities if you are successful?
5. Do you subscribe to the idea “If I do well, then others will expect more of me”?
6. Do you feel your success will lead to other people finding out the “real you”?
7. Do you believe that if you’re going to do something, you should try to do it perfectly?
8. Do you find it difficult to persist when things aren’t going just right?
9. Would you rather avoid doing something than do it imperfectly?

How you answered may tell you a lot about why you procrastinate. A “yes” response to questions 1 through 3 may mean a fear of failure is behind your procrastination. The thought of putting in effort but still failing makes you anxious, so you choose avoiding and procrastinating instead. In this way, when your project fails you can rationalize that it wasn’t a true test of your abilities anyway-if only you’d had more time.

On the flip side, a “yes” to questions 4 through 6, may mean you fear success, not failure. Procrastination protects you from the higher expectations and greater responsibilities that may come with succeeding. Like those who procrastinate because they fear failure, you keep yourself safe from facing your true limits by avoiding challenges and putting things off.

If you identified with questions 7 through 9, perfectionism may underlie your avoidance. Because you believe that things should be done perfectly, the result is that nothing gets done at all. When faced with a task, you become overwhelmed and frustrated-paralyzed by impossible standards.”

Many of my clients say that they procrastinate because they fear they might make a mistake or they fear failure or a lack of focus could cause procrastination. Some of the affects of procrastination are anxiety, stress, fear of failure and negative feelings about oneself.

But there are strategies that can help overcome procrastination.

Promise yourself a treat after you’ve accomplished the task needed. Rephrase your internal dialogue. Tell yourself to start the task right now & not be a procrastinator. Minimize distractions. Turn off your ringer to your phone. Stop looking at Facebook or other social media sites when you need to be doing other things that are priorities.

Bottom line is that procrastination means I’ll do it later.